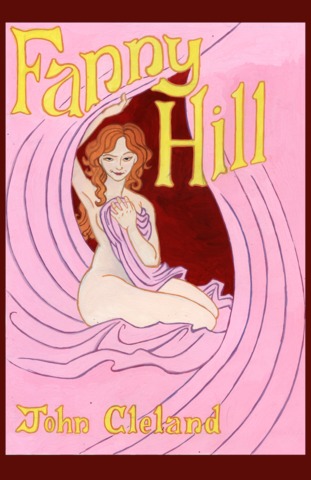 Often with banned books the publication story is as interesting as the book itself, and Memoirs of a Woman of Pleasure, or Fanny Hill as it became known, is no exception. It was penned by John Cleland in 1748 while he was in debtor’s prison in London. Considered “the first original English prose pornography,” Fanny Hill was denounced for “corrupting the King’s subjects,” and once it was outlawed, it became a widely pirated book. This act would lead the trend that there’s nothing better for sales than to get banned.

The story is written as a series of letters from the young Fanny Hill, who loses her parents at the age of 15 and is pushed into a life of lasciviousness. The actual contents of Fanny Hill might seem tame by today’s standards, but what sets it apart is its delightful prose and well-wrought story line. So close your blinds and fire up the iPad for some Age of Enlightenment smut.