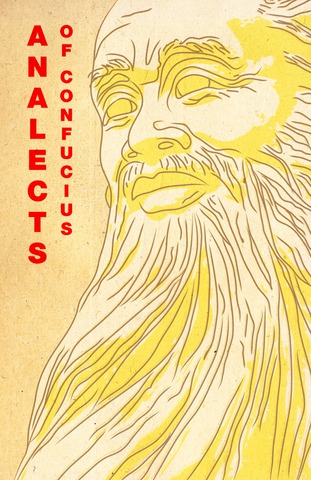 The Analects are a record of the deeds and wisdom of China’s primary philosopher Confucius, who lived during the 5th century BC. Much like Socrates, whose wisdom was later recorded by Plato, Confucius’ life and thoughts were studied and recorded by his disciples and passed on, and it continues to influence the moral and philosophical landscape of China, Korea, Japan and Vietnam today.

The Analects represent a central body of philosophy that have been studied by every Chinese scholar for the last few millennia: for “a man was not considered morally upright or enlightened if he did not study Confucius’ works.” To read them is to better understand the underpinnings of Eastern social, moral and philosophical thought. In the words of Confucius: “To quietly persevere in storing up what is learned, to continue studying without respite, to instruct others without growing weary – is this not me?”