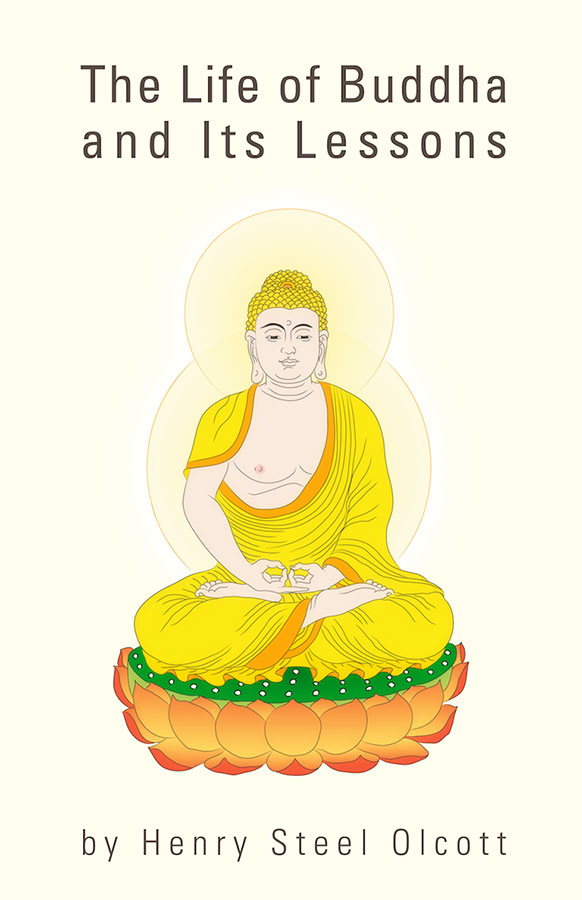 The Life of the Buddha and its Lessons was written by a fellow named Henry Steel Olcott, who was born in New Jersey in 1832, and is considered the “first American Buddhist.” Along with famed occultist Madame Blavatsky and others, Olcott founded the Theosophical Society, which was known to explore alternative religions and modes of experience.

The Life of Buddha explores what Olcott found on his journey to India and Sri Lanka. His mission: to discover original Buddhist texts that were uncorrupted by Western interpretations, so that he and the Theosophical Society could produce more accurate translations and promulgate the ideas of Buddhism. Olcott is well regarded for sparking a resurgence of Buddhist study and is considered a national hero in Sri Lanka to this day.