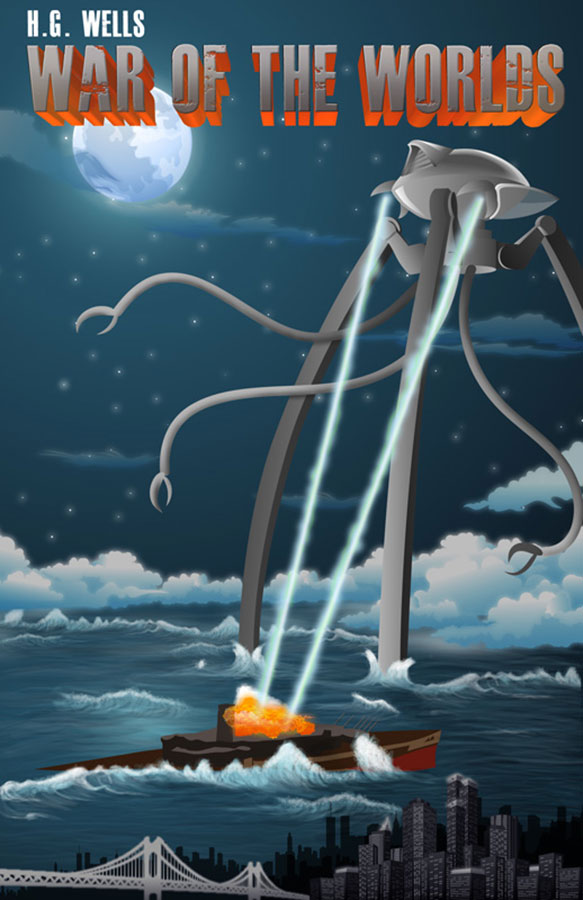 H.G. Wells coined the term “Martian” for his super-influential 1898 sci-fi classic War of the Worlds, in which England is set upon by spooky “cylinders” from Mars. At first the aliens looked pretty weak, until they busted out their gangly black-smoke-shooting tripod fighting vehicles. This book has left its mark on fiction, science, and science fiction for more than a century.