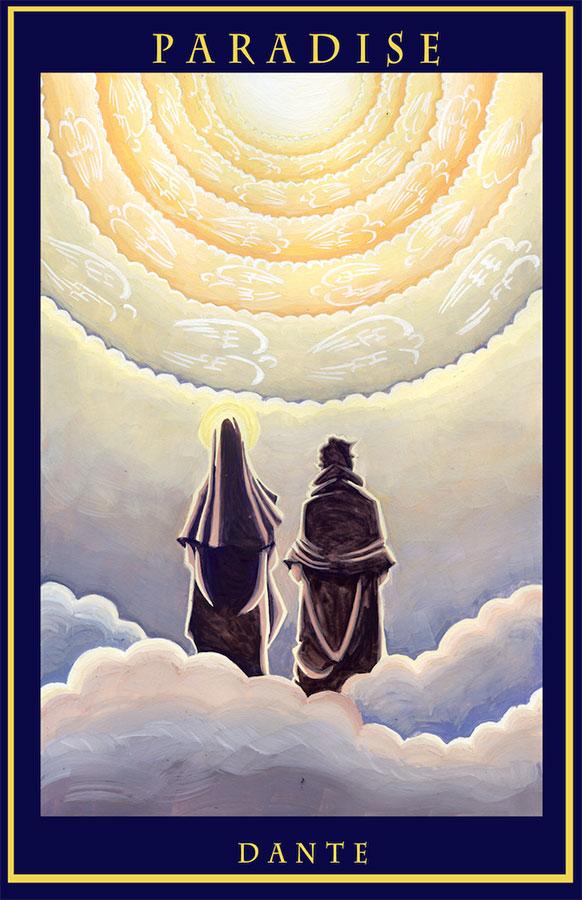 Though it sounds like a seedy nightclub, Dante’s Paradise is the third and final part of Dante Alighieri’s Divine Comedy. It’s an allegorical tale detailing Dante’s journey through the rings of heaven. His tour guide is Beatrice, who was a childhood friend and unrequited love of Dante’s in 14th century Florence. Virgil, who led the author through the rings of Hell, couldn’t come along on this trip because he was a pagan.

Dante travels through the nine spheres on his way to Empyrean which is where God lives. The spheres are represented by the Moon, Mercury, Venus, the Sun, Mars, Jupiter, Saturn and various stars, and roughly correlate to what was known of astronomy at the time – plus a healthy dash of astrology. Minus Satan and all the molten souls, Empyrean (Heaven) seems remarkably like Hell. In Greek empypreus means “in or on the fire,” and it has the same origins as words which mean the “characteristic smell of burning or charring vegetable or animal matter.” So, according to Dante, either way you go you’re cooked. Personally I’m shooting for Purgatory.