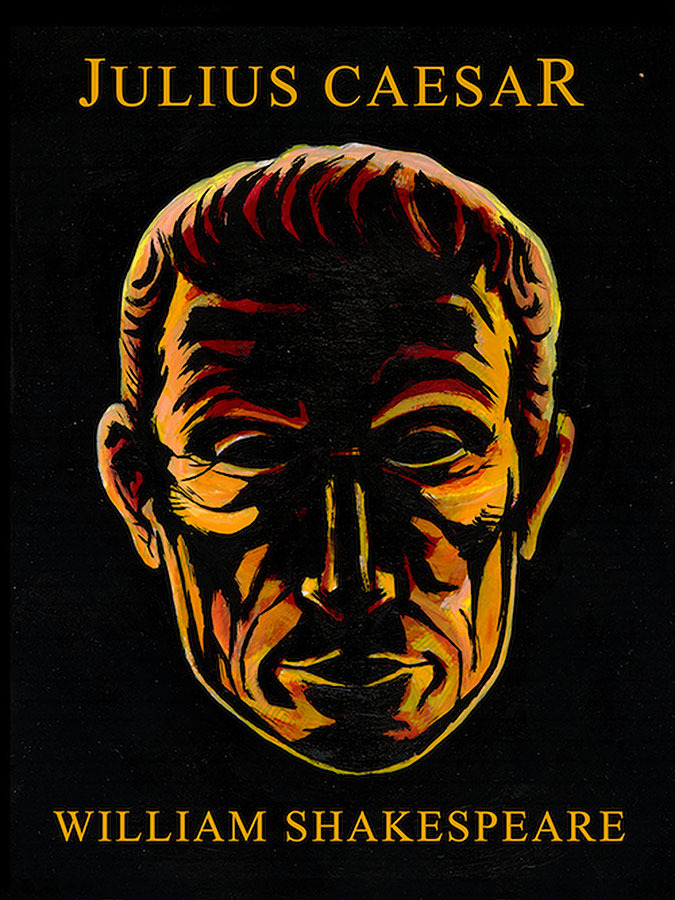 Shakespeare’s play Julius Caesar is a tragedy portraying the assassination of Caesar and its aftermath. As in much literature, the worries of the day were dramatized using history as a model – in this case Shakespeare encapsulated the fears that Queen Elizabeth hadn’t named a successor and that civil war would result.

What makes Julius Caesar timeless, like so many of Shakespeare’s plays, are the psychological complexities at work: the characters – such as Brutus – are not simply good or evil; rather they are rendered as flawed humans plagued by their conscious and led to action by their emotions. And because it’s a Shakespearean tragedy, just about everyone in Julius Caesar ends up dead at the end.