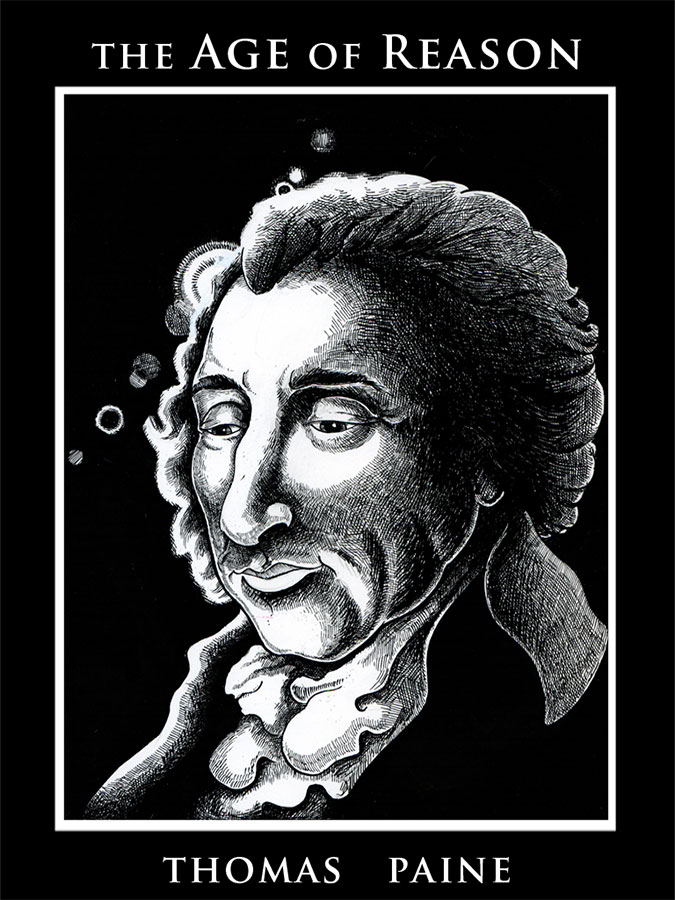 If Thomas Paine were alive today he’d probably be a blogger. As a pamphleteer, he could spread his dissident ideas so cheaply and quickly that they caught on like proverbial wildfire. As with Common Sense, which helped kick off the American Revolution, The Age of Reason was an immediate hit. His irreverent skepticism regarding organized religion has influenced contemporary writers such as Christopher Hitchens, who so revered Paine that he’s recently released a book about him. In it he claims that while Common Sense was crucial to American history, that The Age of Reason is his masterpiece.